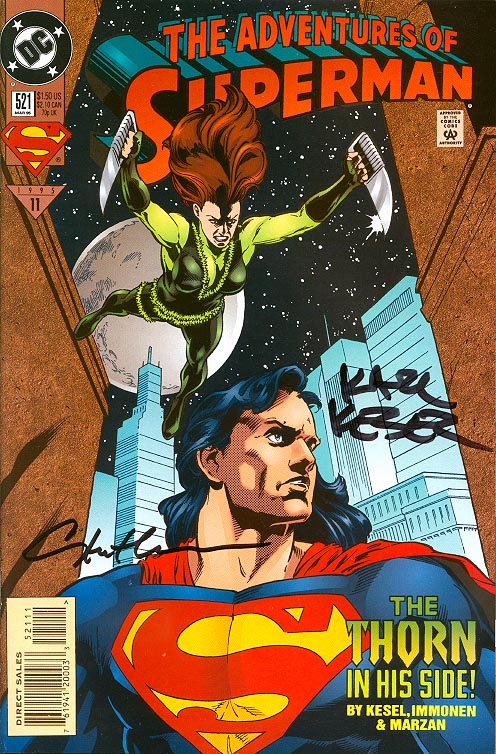 published in 1995 by DC Comics

The cover is signed by one or more creators. See details for creators signatures.

This issue is signed by writer Karl Kesel and penciller Stuart Immonen. Was titled "Superman" up to issue #423, then became "Adventures of Superman" from issue #424 to issue #649, where it was re-titled back to "Superman" with issue #650.