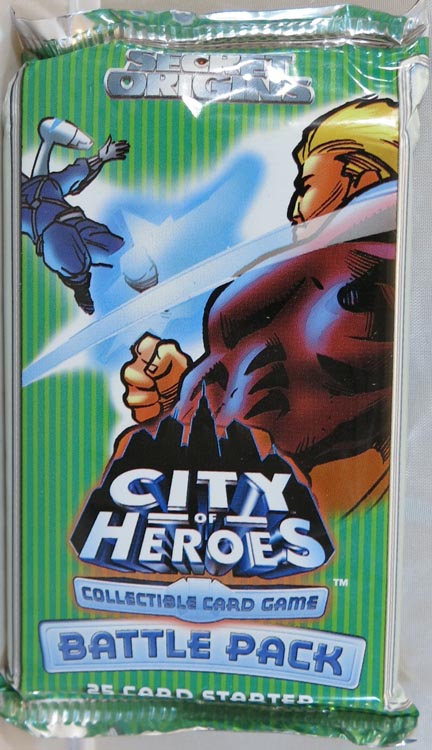 published in 2006 by Alderac Entertainment

Sealed starter deck. Both Arena and Secret Origins were released with the traditional 11-card booster packs. However, instead of the traditional 50-60 card starter deck, the COHCCG used "Battle Packs," 25-card packs similar to boosters, with a rules sheet, 11 fixed cards (including 1 Hero, 2 starting powers, and other cards useable by the Hero) and 14 randomized cards which were designed to be useable in most decks. This design was created to allow for random, yet still playable decks.