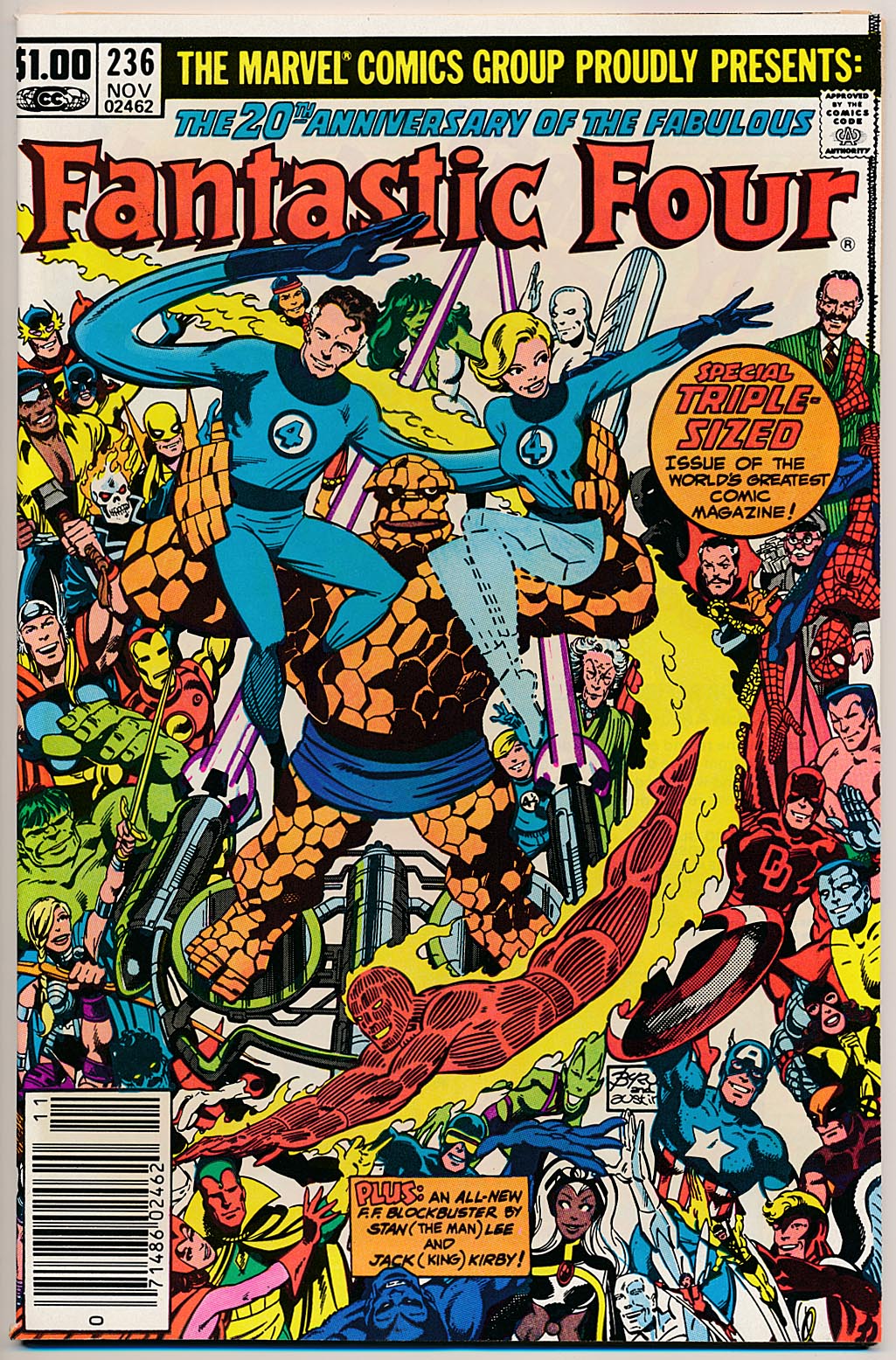 published in 1981 by Marvel Comics

Includes an adaptation of a cartoon script by Stan Lee and Jack Kirby (with a cast of art finishers!). Also includes a new 40 page story by Byrne. Stan Lee appears on the cover! Can you find him?