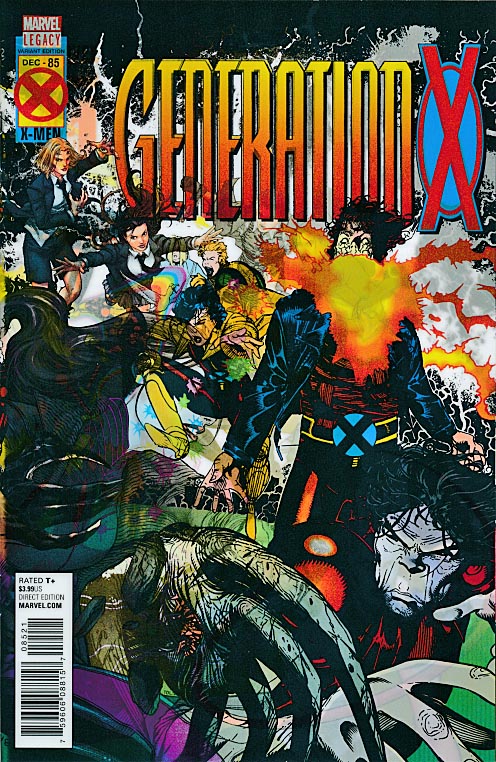 published in 2018 by Marvel Comics

Marvel Legacy numbering! Each Lenticular cover combines two covers which you can see each at different angles. The image captured in this scan captures primarily one cover with some of the second cover blending in.