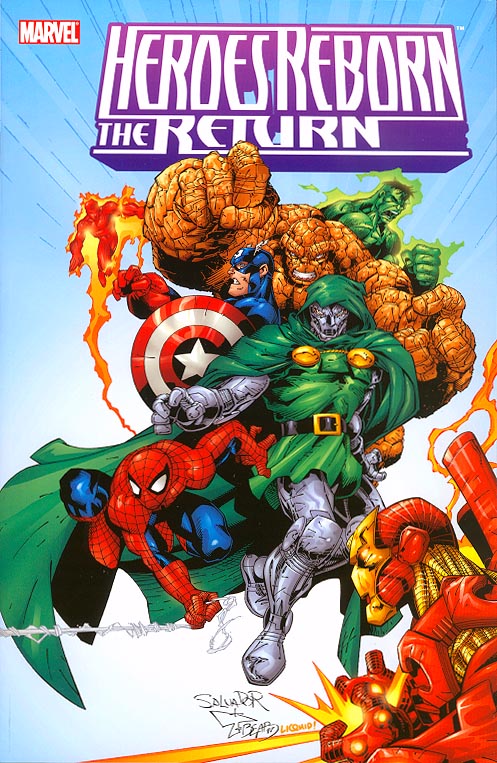 When Onslaught threatened his family and friends, Franklin Richards created a world where they could be reborn! Now, it's time to return to the real Earth, but must Franklin's Counter-Earth die in the process? Doctor Doom saves the new world so he can rule it - and where there are villains, new heroes must rise to face them. But which are which? Starring the FF, the Avengers, every hero on Counter-Earth and more! Also featuring its next wave of heroes, the Young Allies and the Remnants! Collecting HEROES REBORN: THE RETURN #1-4; HEROES REBORN: DOOMSDAY, ASHEMA, MASTERS OF EVIL, REBEL, REMNANTS, YOUNG ALLIES and DOOM. 288 PGS.