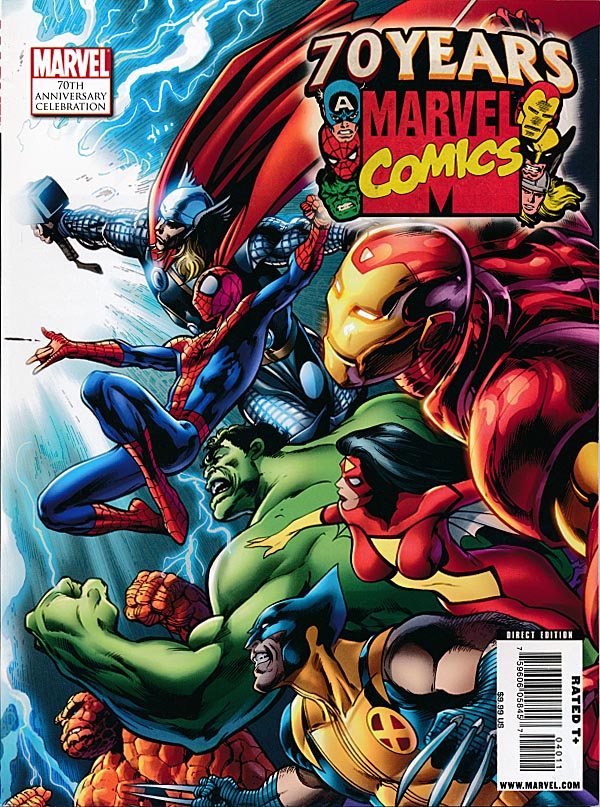 Certain variants are officially named or are nicknamed. This is the "Modern Age Heroes Cover" cover.

108 pages. Magazine size format! Includes several text articles describing the history of Marvel comics from 1939 to present. Plus interviews and two reprints of comic stories from 1939 and 1941!