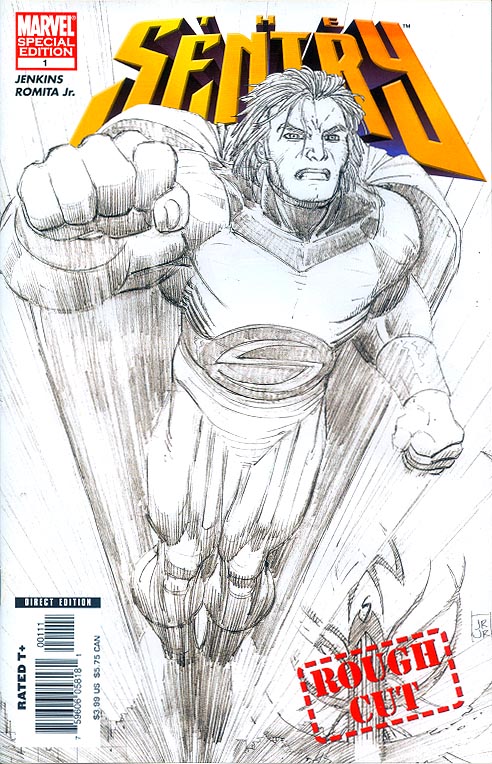 published in 2005 by Marvel Comics

Sketch variant edition
Certain variants are officially named or are nicknamed. This is the "Rough Cut" cover.

All sketch edition plus original script.