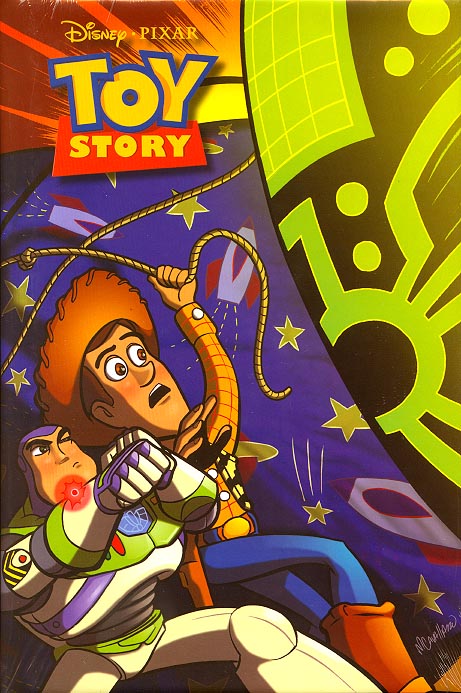 published in 2010 by Boom Studios

First Time in Hardcover! Woody, Buzz, and the gang encounter a mysterious egg-shaped toy. They crash Andy's science fair in a heroic attempt to repair his broken exhibit. The toys must make peace with the family's new dog, Buster. And finally, Mr. Potato Head decides that he's tired of just being an inanimate toy. He's going to reveal his walking-and-talking nature to Andy! Can Woody stop him before it's too late?