First, some cosplayers don costumes meant to turn heads at comic conventions. And, well they do, with some daring displays of skin… 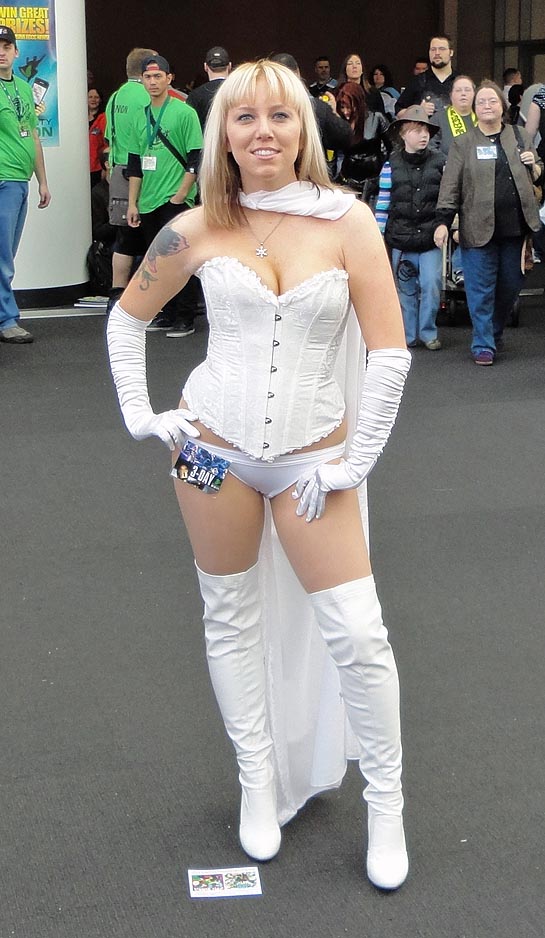 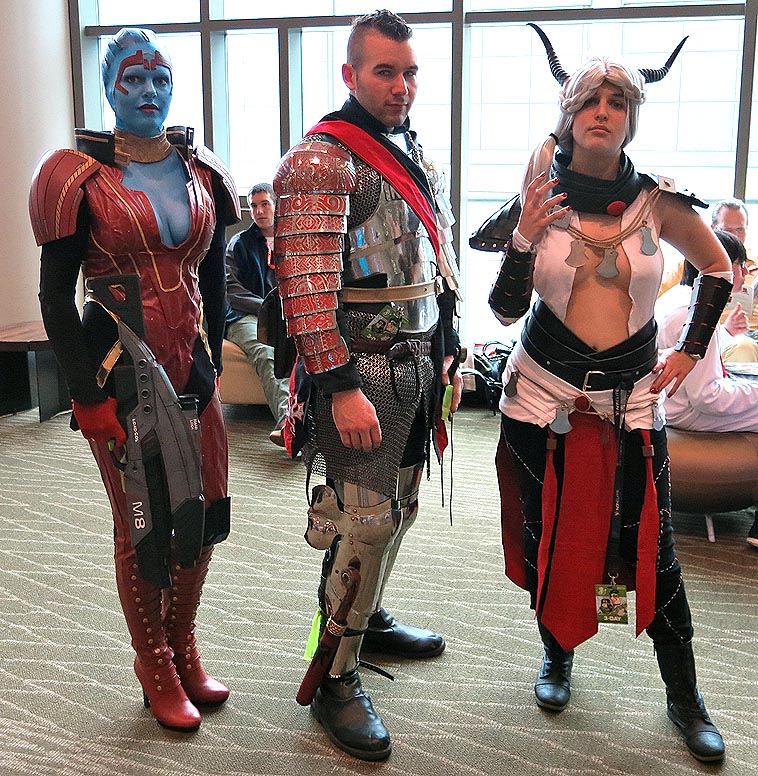 Some superheroes get all the dates! 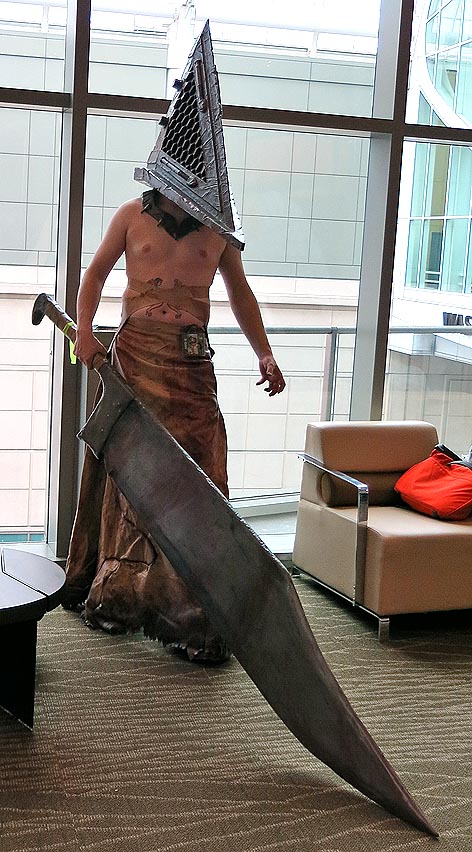 Did you catch this guys big…er…sword?

No matter how hard you try, there is always someone ready to photobomb your superhero snapshot: 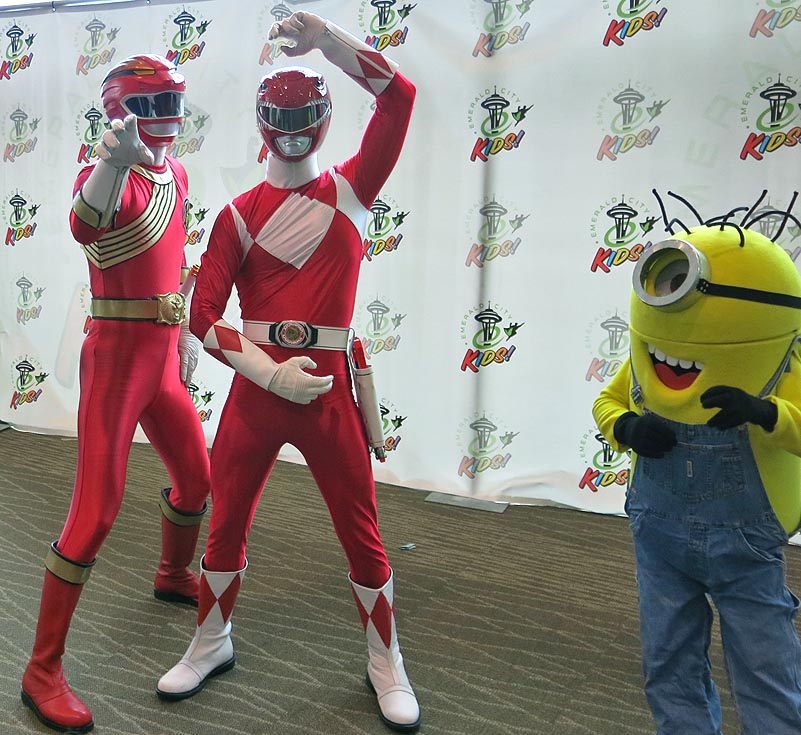 Let’s get this guy!

How about some more comic book universes mixing with other media characters. These are crossovers that you will never see in comics! Let’s start off with Star Wars Bounty Hunters teamup with the Batman comics universe! 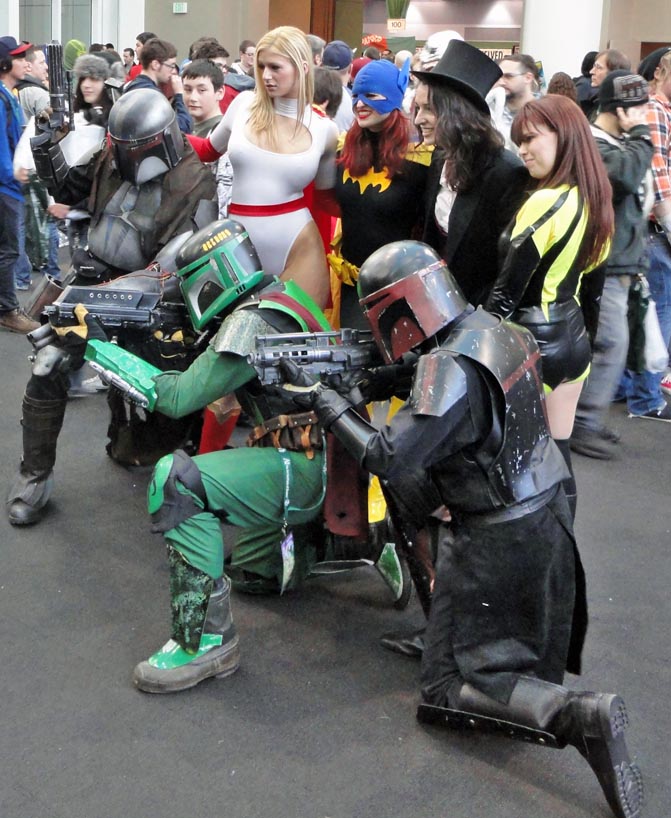 Are we teaming up with heroes or villains? Who cares, we’re bounty hunters!

How about Captain America and his sidekick…Robin? 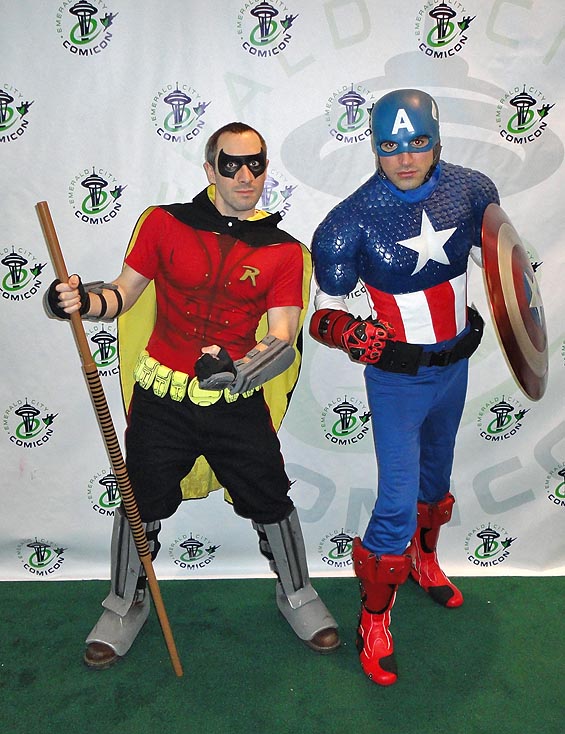 “Where’s Batman?” “I don’t know, just pose for the picture!”

How about some two great costumes that can stand solo! 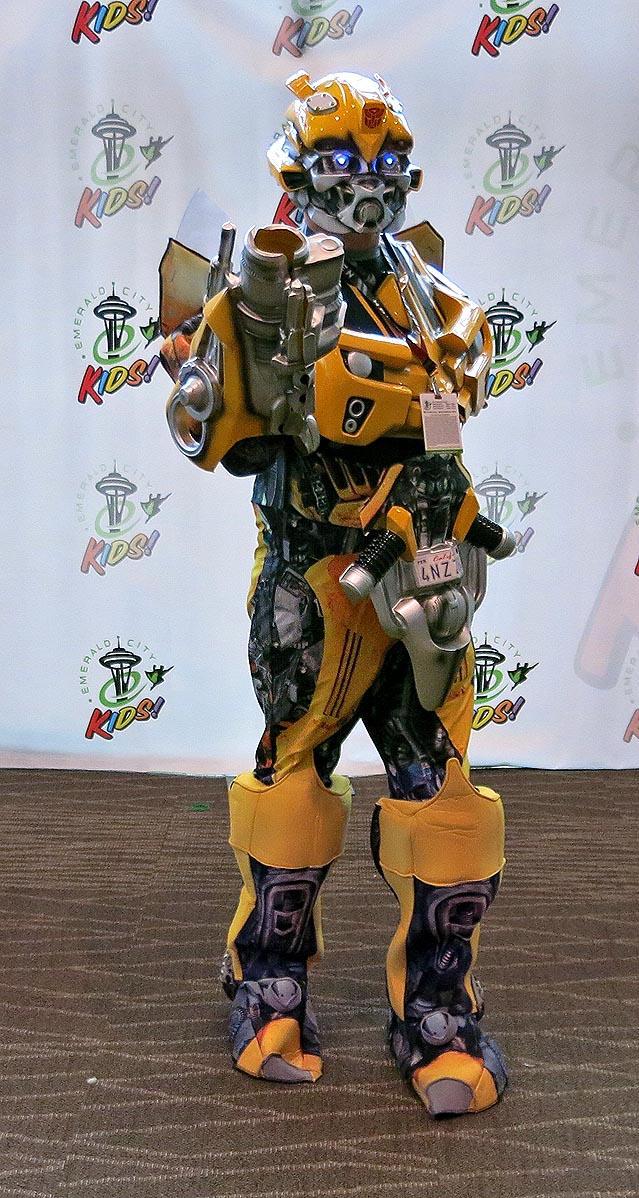 Wait till you see my car…wait, I am the car… 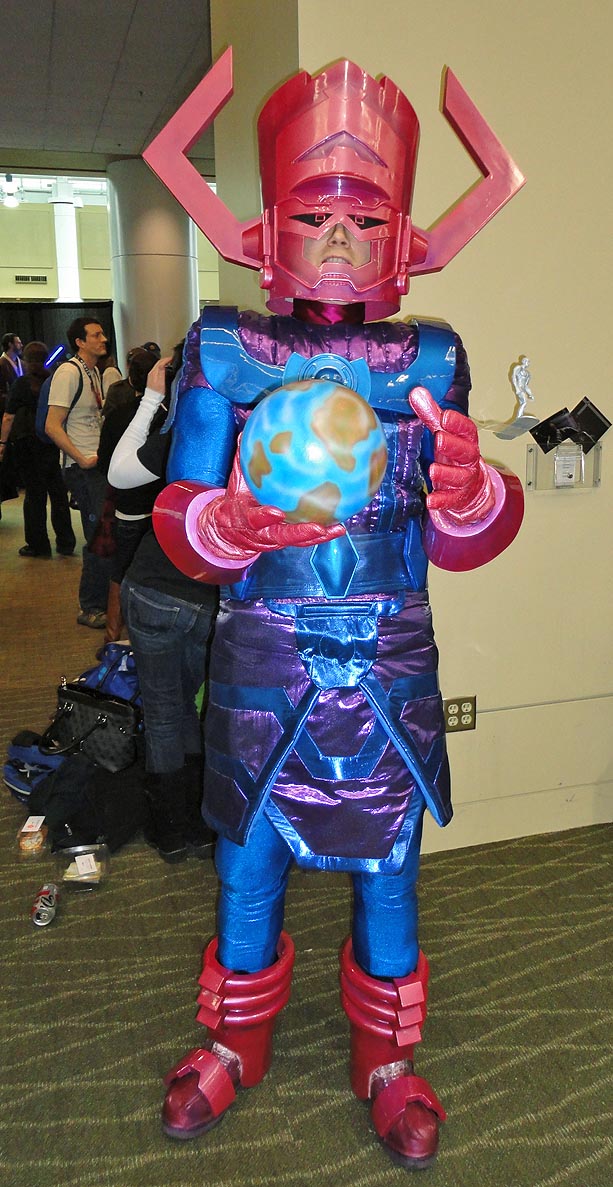 Look out Earth, I’ve worked up a doozey of an appetite!

But, always some of my favorites is when the whole family turns out to cosplay. 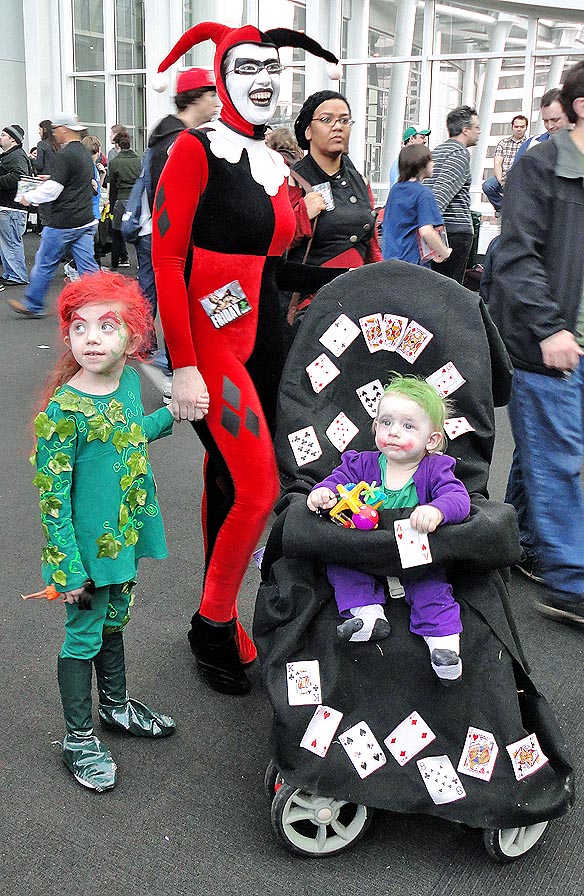 Hope you enjoyed comic con cosplay. If you have any cosplay photo’s, please share!