Back in the late 1940’s, Western Publishing was licensing many movie and later TV properties then creating a comic book version under their Dell Comics imprint. The Lone Ranger was one of those titles. The Lone Ranger began as a successful radio series which broadcast it’s first episode in January of 1933 all the way to the last of the 2,956 radio episodes in September of 1954, Along the way 3 short films were created, followed by a television series in 1949. The earliest episodes of the TV series were also shown as matinee features on the big movie screens for many years as not many people could afford to buy televisions for their homes. The TV series was highly successful and ran from 1949-1957 (only 5 years of first-run episodes) with syndication for many years after. The final season was the only one filmed in color. Those of us who watched the TV series will always remember the music “The March of the Swiss Soldiers” finale, which brought everyone to the edge of their seats as you knew the good-guy was on his way to save the day! When the music played in the theatre, the audience would cheer!

Back to Dell Comics: In the early 1950’s Western Publishing hired artists to paint (a.k.a. to embellish) the covers of many of their comics. The painted art was fantastic but, like the “Classic Comics” of the day, most of the internal artwork would never measure up to that comic book cover!

Ernest Nordli was an animation designer and layout artist who painted two of the Lone Ranger covers. In 1952, Lone Ranger #51 was released with an Ernest Nordli painted cover. This cover, in one image, captures the spirit of action of 5 seasons of original TV episodes of the Lone Ranger. with gorgeous galloping horses, acrobatic horsemanship and expertise in the six-shooter at seemingly impossible positions! Ahh, the magic of television, recreated on the cover of a comic book. 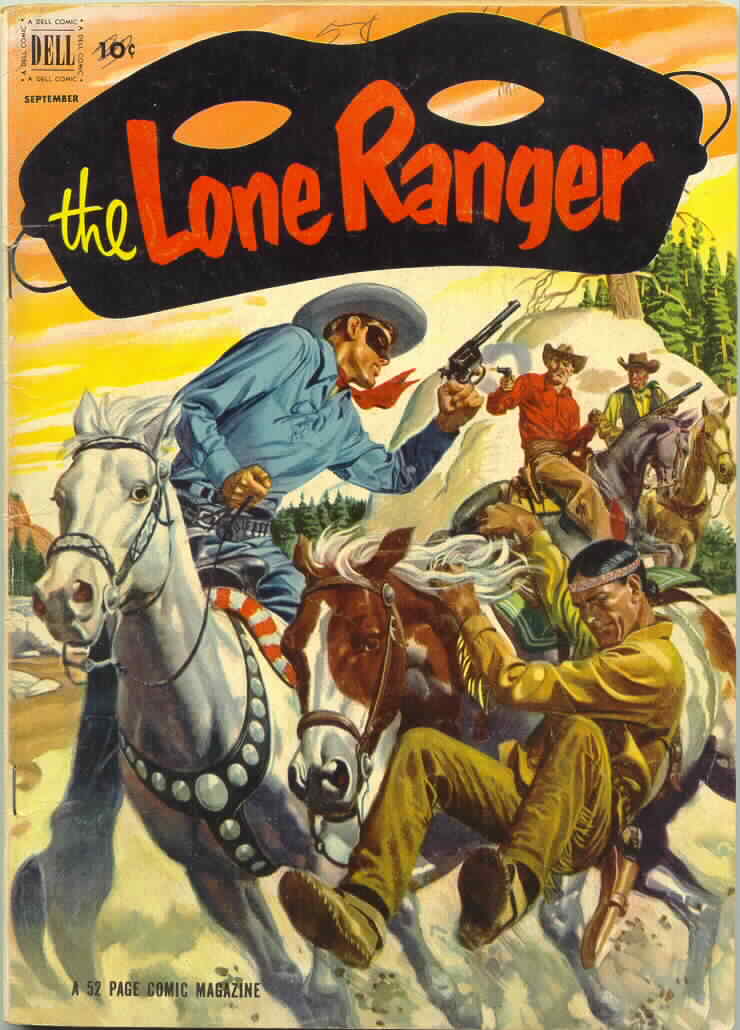