Here we have Bernie Wrightson’s painted work from 1991 Marvel Comics Punisher P.O.V. #2. You can see the influence of his horror work in the flowing garments of the mystery character about to strike a nasty blow in the general direction of our favorite comic book hunter. The cityscape below is a lesson in scale! 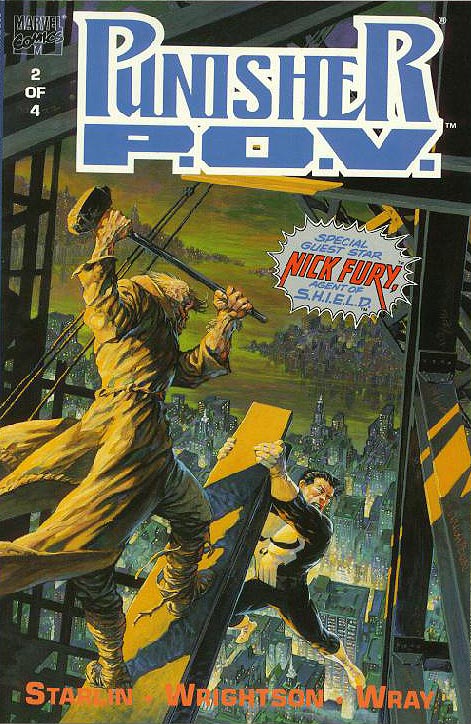