Today I headed over to the Heritage Hall on Main Street, an address that surely exists in hundreds of cities in North America. This one happens to be in Vancouver BC, tucked up against the mountains in the Pacific Northwest. The 2nd Retro & Relevant toy show was being held in what itself can be described as a Retro building. This spot has hosted the Vancouver Comicon regularly for almost 20 years! This show is host to a huge cache of retro toy action figures! Toy, and more specifically toy action figures, saw their heyday in the 1990s before hundreds of Spawn variations and hundreds of endless variations of Star Wars figures drowned the market so that even kids didn’t have any more loot to pick up great looking action figures being blown out for $2-$5. Toy action figures based on movies have always littered the store shelves, well after the movie finished the theatrical runs and was released on DVD. Comic figures do somewhat better but their movie figure counterparts (Spider-Man, Fantastic Four, Iron Man, etc), seem to languish on the shelves as long as their other non-comic movie cousins. Once competing with comic books and comic book posters at various comicons across the country, you can barely notice comic book action figures at today’s cons and when you do, often they are usually relegated to a “below the table” space in a box.

Here is where our toy superheroes, Jay and Azim fly in to resurrect some interest in the toy action figure market. And yes, they are very friendly guys, despite looking on with concern when I asked to take their picture. 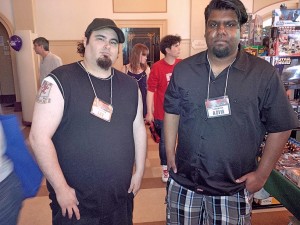 After discovering that some fans were traveling great distances to attend toy figurine shows, why not host one here? What they discovered was a strong local thirst for both retro figures, defined as 1980’s action figures and newer figures based on those original toy lines. So Retro & Relevant was born which is actually like a giant toy action figure store! Jay and Azim carefully screen applicants for show tables to ensure they have items for their table keeping with the retro theme of the show. Attentive to keep duplication to a minimum, their prep work pays off with a wide variety of toys available for purchase.

Friendly and talkative retailers and hobbyists interested in hawking their wares, packed the Heritage Hall with a wide assortment of Transformers Action Figures, Heman toys, Star Wars figurines and GI Joe figures and vehicles. Several other one-off oddities were well worth the $4 admission fee. 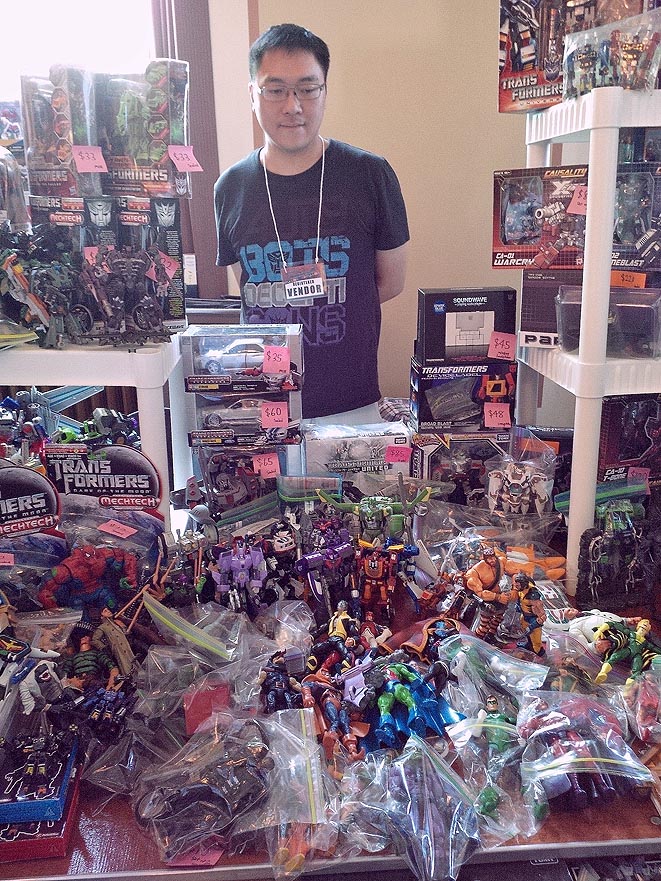 One of the friendly Toy Action Figure sellers

When I arrived, many were already gathered outside with their haul of rather large packages of treasured action figures from all eras, produced in various countries. Some of the foreign variants of Transformers vintage toys were most favored! Others scoured the show floor for specific GI Joe weapons or a specific vintage Star War figure. Many kids under 12 wandered the show with their parents and usually left with a considerable haul. There were even some cosplay fans in attendance, brightening up their crowd with their colorful costumes!

Vintage toy action figures dominated the prime space on tables and prime prices as well. It’s not uncommon to see vintage figures fetching between $200-$500, especially for popular characters in their original packaging, which is now upwards of 30 years old. For me, the most interesting item was a Lawrence Fishburne Cowboy Curtis action figure from the Pee Wee Herman show. I wonder if he had his Morpheus voice then….hmmmm. 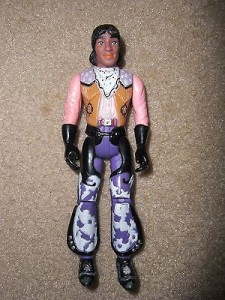 This is Lawrence Fushburne? Where’s our Morpheus?

Most all of the sellers present seemed pretty happy with their level of sales and were happy to talk about specific action figure history, what fans were looking for and even some of the vintage comic books they brought along to display and sell. I heard of one very focused collector who was a proud owner of 2000 copies of Star Wars 2-1B Surgical Droid action figure. No doubt he plans on opening an impressive medical care facility!

So, the toy action figure market has some life and not just on life support either. Jay and Azim have put together a small venue show and packed the hall with buyers and those feeling some considerable nostalgia for figures and toys they played with 20-30 years ago. 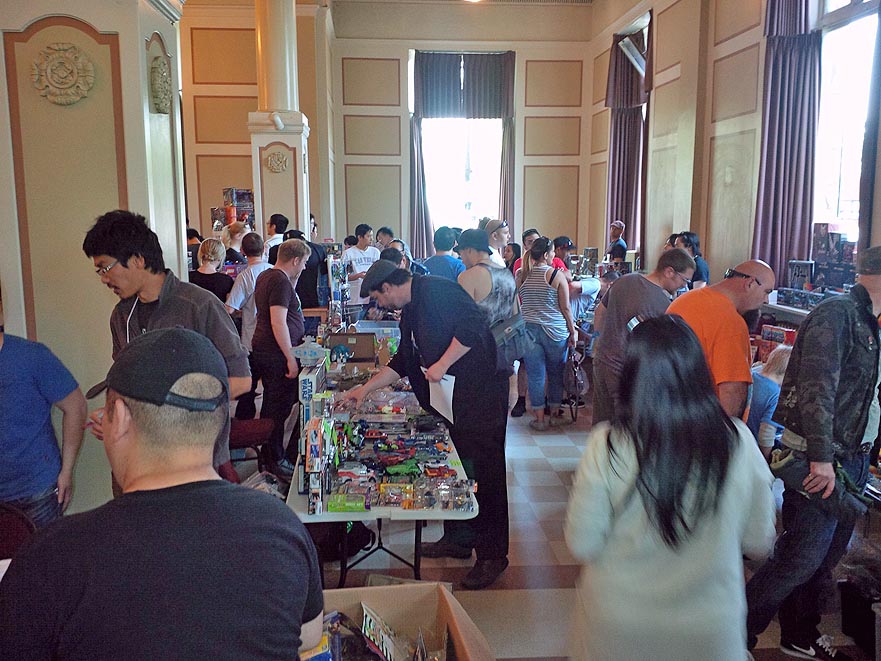 Can’t wait for the next one!