Here we have Bernie Wrightson’s painted work from 1991 Marvel Comics Punisher P.O.V. #2. You can see the influence of his horror work in the flowing garments of the mystery character about to strike a nasty blow in the general direction of our favorite comic book hunter. END_OF_DOCUMENT_TOKEN_TO_BE_REPLACED 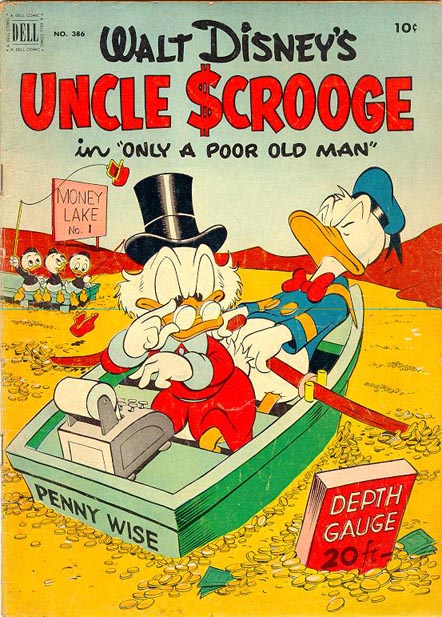 As we know, the introduction of Spider-Man in 1962 by Stan Lee and Steve Ditko was a stroke of creative genius. This not only produced many consistent fan favorite comic series over the past 52 years but also a multi-billion dollar movie and TV property! All media version of Spider-Man are going strong today.

Spider-Man was introduced in Amazing Fantasy #15. The issue just prior to #15 was titled “Amazing Adult Fantasy”. In issue #15, an editorial piece by Stan Lee went to great lengths about the name change. After all, what young kids want to be caught reading a comic titled “Amazing Adult Fantasy”? Aha! Didn’t think of that when you first read the title, did you! So they changed the title, apologized for the previous comic title, unknowingly created one of the most entertaining super-heroes in history and then…wait for it…cancelled the Amazing Fantasy title with issue #15 being it’s last!

The cover to previous issue, “Amazing Adult Fantasy #14”, was penciled by Steve Ditko as well as all the art for it’s five short stories. But, despite the fact that Steve Ditko co-created Spider-Man and penciled all the stories as well in issue 15, at the last minute Stan Lee decided that another of Marvel’s prolific creative geniuses should pencil this Spider-Man cover. Jack Kirby, ended up penciling the cover to this historic comic book.

But Steve Ditko did pencil a cover to Amazing Fantasy #15 that Stan Lee decided not to use. The cover was finally used 51 years later, as a 1 out of every 200 chase variant to Amazing Spider-Man #700. END_OF_DOCUMENT_TOKEN_TO_BE_REPLACED