In this multi-part series on the history of variant comics, we are exploring series of variants that collectors are likely to find, albeit some being much more difficult than others, depending on the rarity of those series. Part 1 and part 2 explored the first series, the “price variant comics”. In part 3, part 4 and part 5, we dug into the second series, the “printing variant comics”, covering second printings, third printings and beyond. In part 6 we discovered the “alternate publisher” variants, namely the “Whitman” and “Modern Comics” variants. In part 7 we talked about the groundwork for the last series of variant comics, the “cover variants”, which in part 8 saw their birthplace.

In part 9 and the final part of this series, we will find out what the birth of those first cover variant wrought!

Meanwhile DC Comics was the first to produce a “major event” comic with the death of Superman in 1992. Of course, this came with variant covers. With comic book sales at their highest in 40 years, several of Marvel Comics “hot artists” of the day decided this was the best time to make a move to create their comic book company and “Image Comics” was born. During its early life, those creators took the cover variant to dizzying heights! A great example of this was Jim Lee, Brandon Choi and J. Scott Campbell’s “GEN13” with a whopping 13 different covers released in 1995: 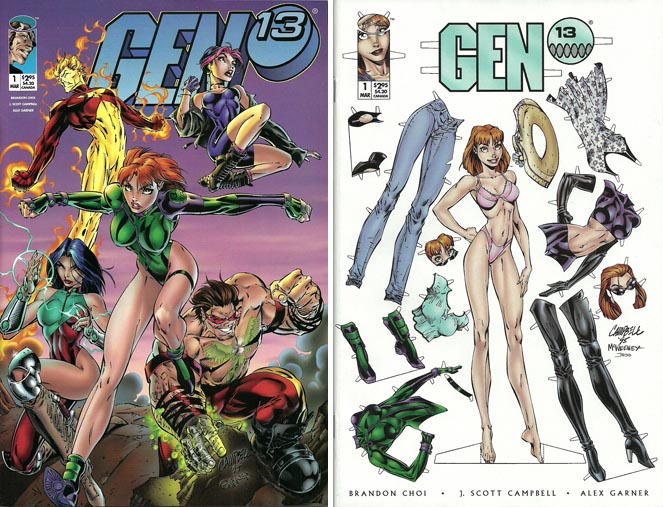 On the left we have the regular cover, on the right is the “All Dolled Up” variant. 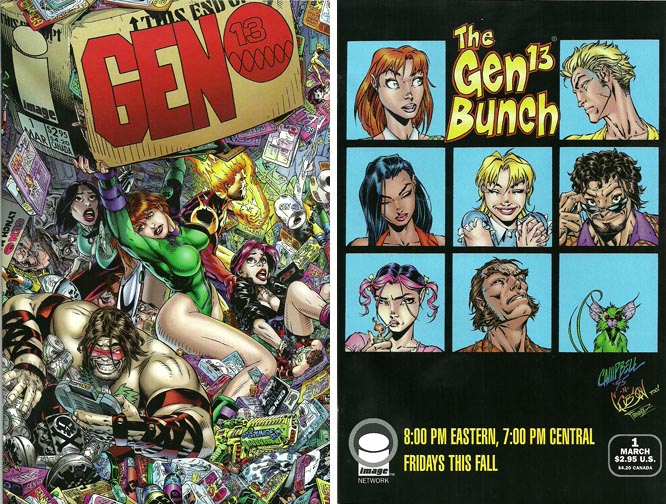 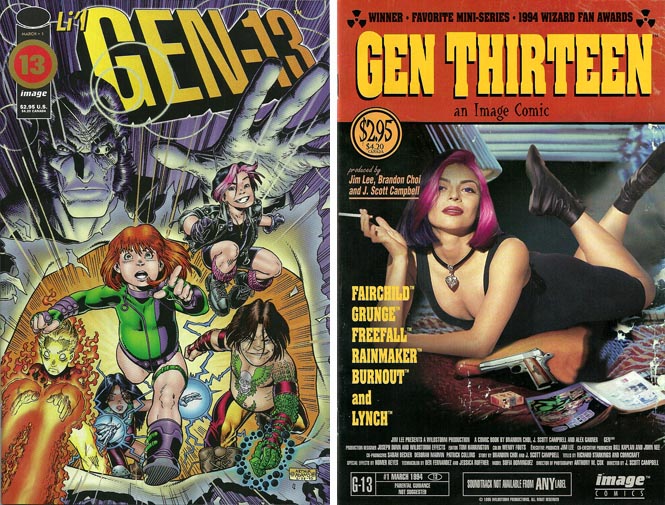 On the left is the “Lil Gen 13” variant, and on the right is the “Picto-Fiction” variant. 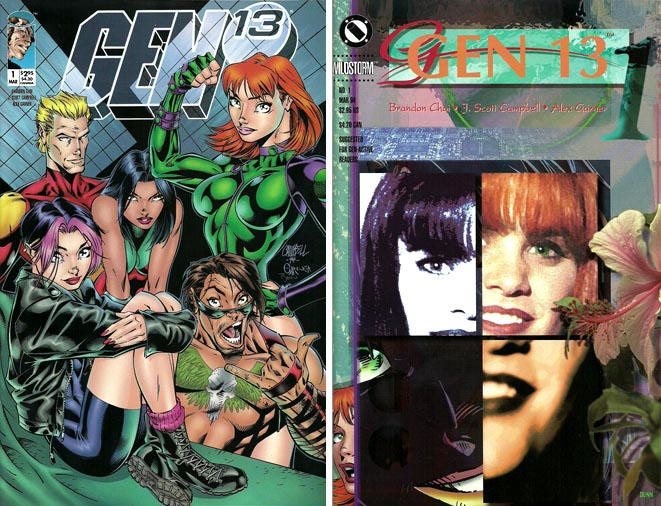 On the left is the “Thumbs Up” variant, and on the right is the “Verti-Gen” variant 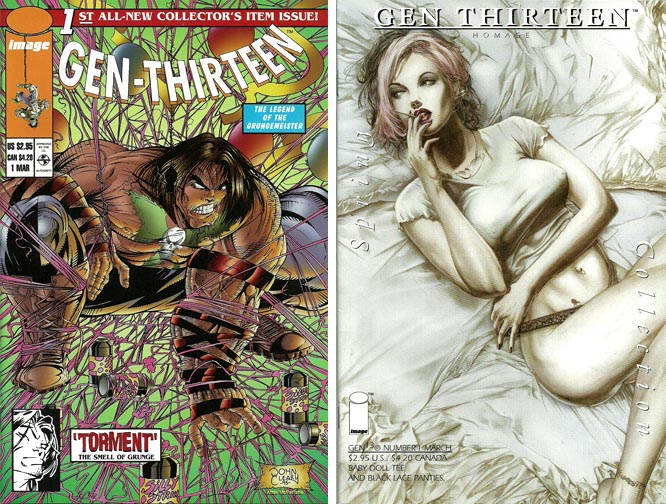 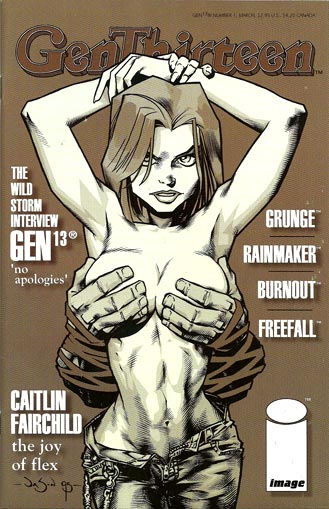 Finally, the 13th variant and the most sought after the “Gen-et Jackson” variant.

In the early 1990s we were introduced to platinum, gold and silver covers. Foil enhanced, hologram, holofoil, die-cut, die-stamped, collector’s editions, deluxe editions, thick cardboard premium covers, and so on. Publishers marked the cover price on these enhanced versions to almost double the regular issue price. Fans lapped it up the novelty of it for a while before greed, cover price increases, and a glut of products and variants on the market…sound familiar… put an end to it all for a time in a spiraling decline of the comics industry from 1993-1996. The industry imploded and with Marvel Comics declaration of bankruptcy in 1996, it was hair-trigger close to ending comic book publishing for good! Variant gimmicky covers were seen by comic fans as part of the problem.

Then came the movies! I’m not talking about the Superman series of movies of the late 1970s and early 1980s, or the other less known superhero movie flops of the 1980s. DC Comics’ Batman, released in 1989, was a start at what superhero movies could be, but 1995’s “Batman Forever” and 1997s “Batman and Robin” almost deep sixed the Batman franchise.

The movie that turned it all around was released in 2000: “X-Men”. It thrilled both X-fans and non-comics fans alike! Suddenly comics had a new lease on life and Marvel was beginning to reclaim some lost ground of the post-bankruptcy years. In part 5 we saw Marvel Comics make a decision in 2001, soon followed by others, to limit print runs to initial orders from retailers. Out of this spun the 2nd and 3rd printing variants and beyond. Since that strategy did not impact initial orders in a significant way, publishers continued searching for a way to increase those key initial orders. Remember the sports card and in particular Baseball cards with the “chase card” culture? From here, variant comics evolved to incorporate more of the Baseball card “chase card” strategy. They did this with another type of cover variant, the “incentive variant”.

Arguably, the first “incentive variant” was Spider-Man #1 in 1990. As a slow recovery from the downward spiral of the mid-1990s began to stabilize, Publishers were game to give incentive covers another go. Some of the initial incentives were 1 in 4 copies. Retailers would be compelled to order multiples of 4 in order to receive limited numbers of the incentive covers. Some of the early incentive variants were the “sunburst” variants during Marvel Comics first major title relaunch. 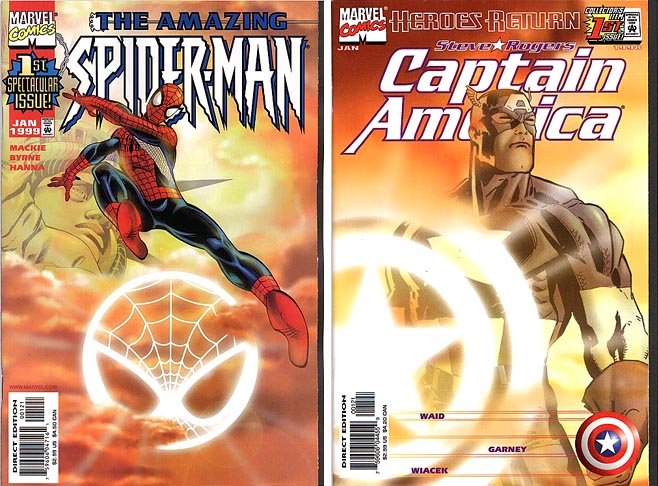 The sunburst variants made use of a new technique which made the white part of the cover seem so much brighter than it actually was. 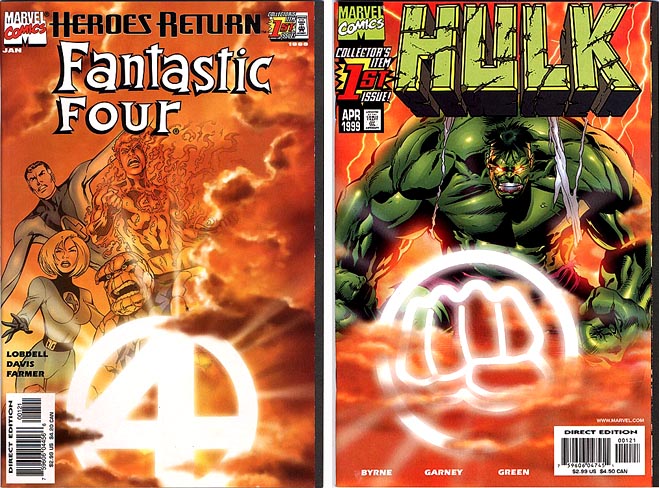 These variants helped the success of Marvel’s first major title relaunch in 1999. 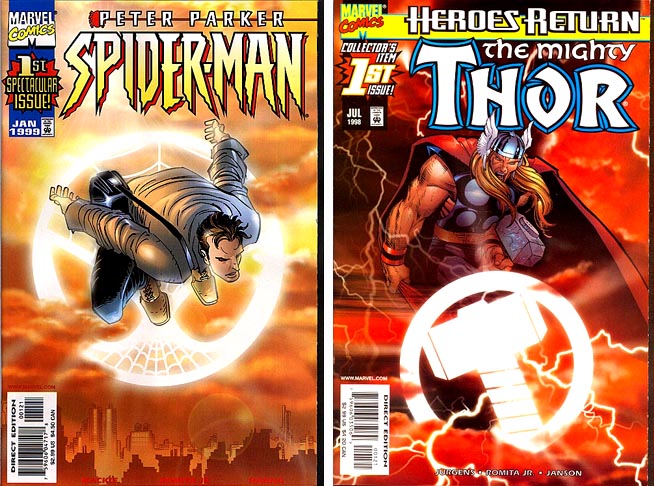 The sunburst variants were the first series of incentive variants to immediately catch collectors eye!

Collectors were willing to shell out more of their limited comic budget to obtain a copy of the incentive covers, cause well….some of them looked so good! Comic store retailers complied with those requests and increased their initial orders in order to have the variants on hand. This also had unintended consequences with retailers suddenly burdened with large quantities of regular cover “over-stock”, which was purchased for the sole reason of meeting the demand for the much desired incentive variant comic. Those same variants also sold for multiples over cover price! A trade-off that retailers thought, for a time, was worth the investment.

Believe me, publishers took notice. Now they found that ticket to compel the comic book retailer to increase the all-important initial orders. The initial toe-in-the-water 1 in 4, or 1 in 5 incentives soon became 1 in 10 incentives. These incentives were also only available with initial orders! Now retailers had to order 10 copies of the regular cover to obtain that one incentive variant. We know what happened from here, it jumped to 1 in 15, then to 1 in 20. But it went past the breaking point. Retailers could mark up an incentive 2-4 times the cover price but 1 in 20 meant the investment in potential overstock of regular covers was no longer a good risk.

Publishers didn’t stop there. Limited editions with limited print runs of 1000, 1500 or 5000 copies began to surface but these became the mainstay of the “smaller” publishers with Chaos Comics and Avatar leading the way.

Could I mark up the price on these 20 variants to pay for the 140 extra copies of the regular cover that I hadn’t yet figured how to get rid of? Interesting dilemma and a risk that could put comic book retailers out of business, if it didn’t go their way.

Here is an example of tiered incentive variant covers: 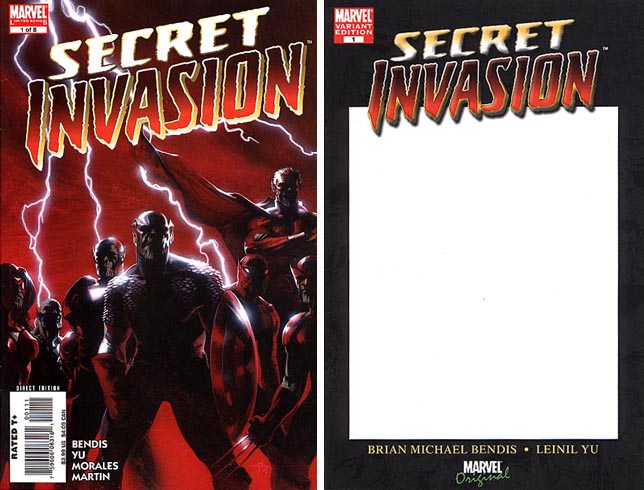 On the left is the regular cover and on the right, the “blank” variant which was not an incentive. 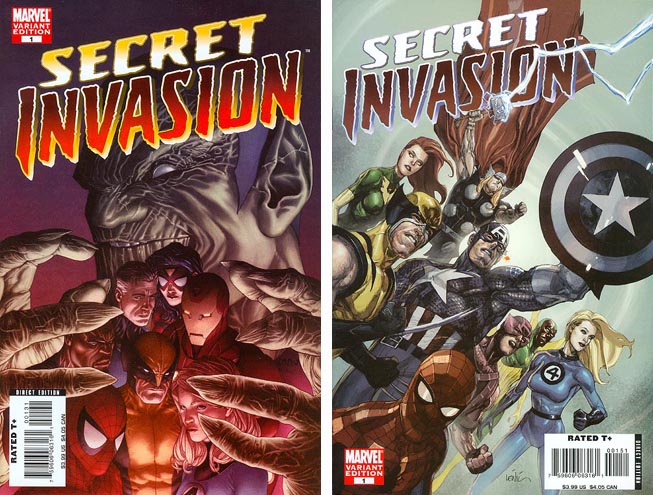 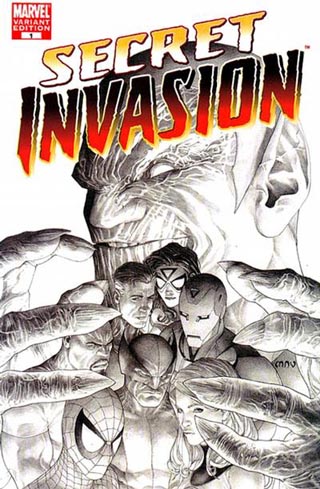 Finally the last tier, the 1 in 75 incentive variant comic.

I hope you enjoyed this multi-part series on the history of variant comic books! See you around the variant box!