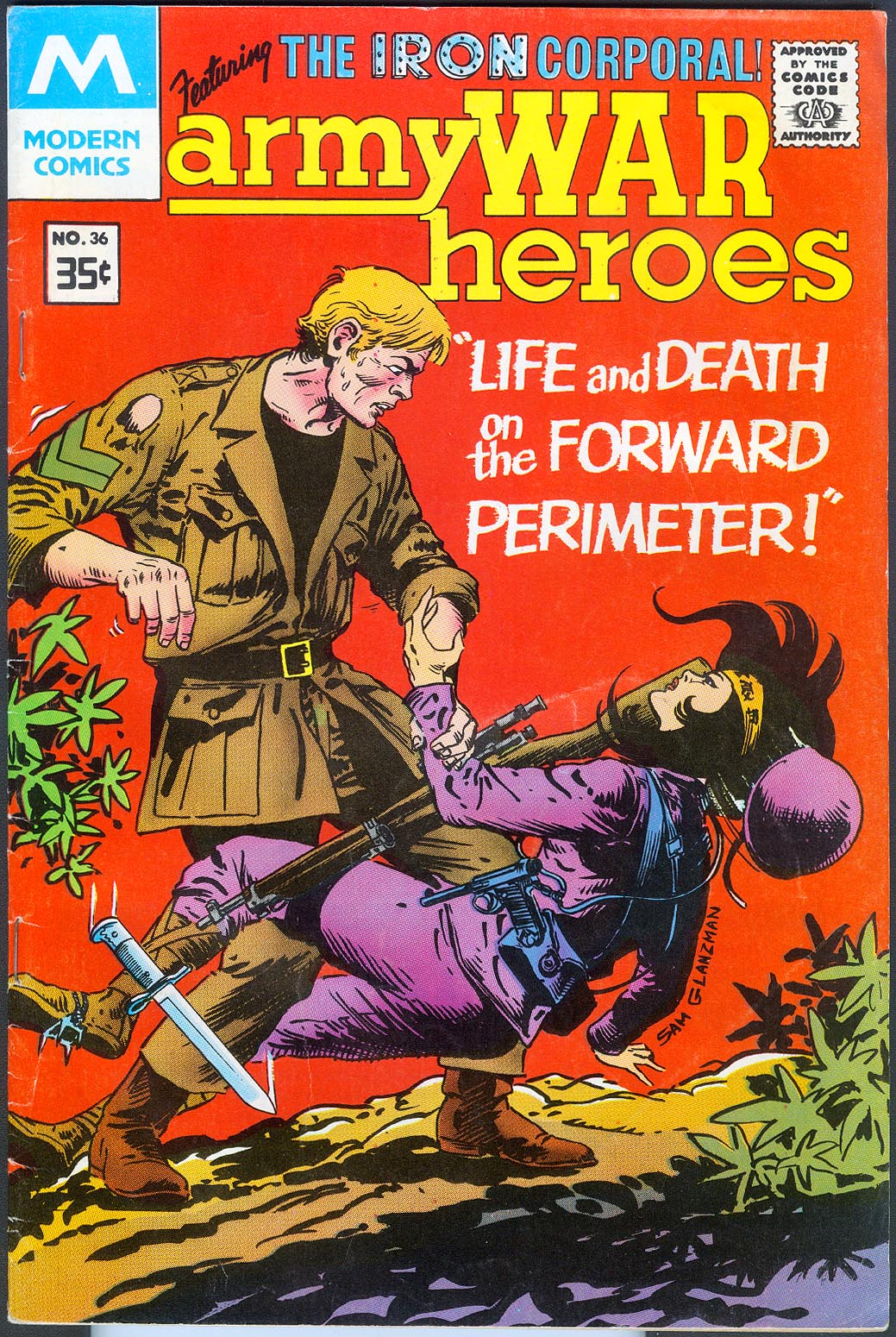 published in 1978 by Modern Comics

This is the only issue of this title published under Modern Comics. Includes 4 stories, these two with unknown credits: "Hitler's Scourge" "The Brave Go First" The "Modern Comics" (1977-1978) imprint was established by Charlton Comics as a merchandising tool. All comics under this imprint were, with one exception, exact copies of the original Charlton's right down to the numbering. The one exception was the advertisements which differed from the original issues. These were sold to Department stores for merchandising, give-aways, etc.