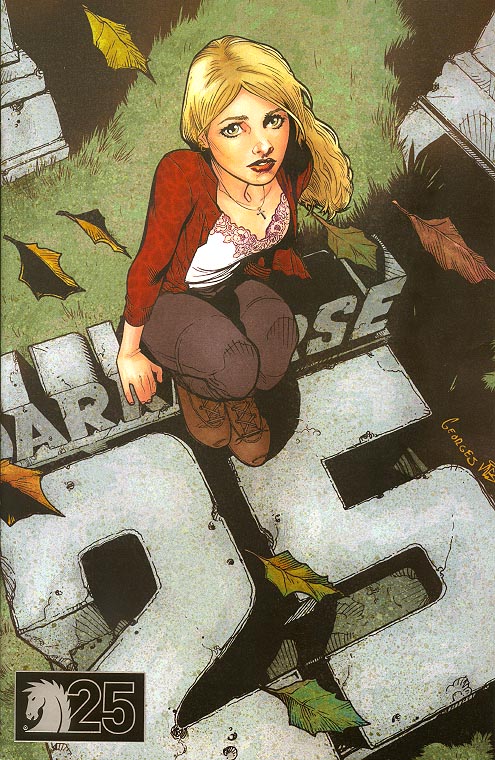 published in 2011 by Dark Horse Comics

Only printed in a ratio of 1in10 of the regular cover
Certain variants are officially named or are nicknamed. This is the "25th Anniversary" cover.