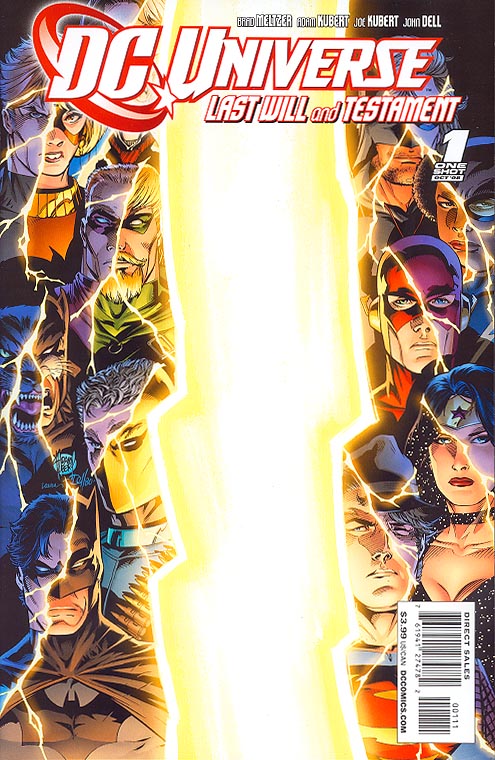 DC Universe Last Will And Testament #1

published in 2008 by DC Comics

Certain variants are officially named or are nicknamed. This is the "Lightning Bolt" cover.