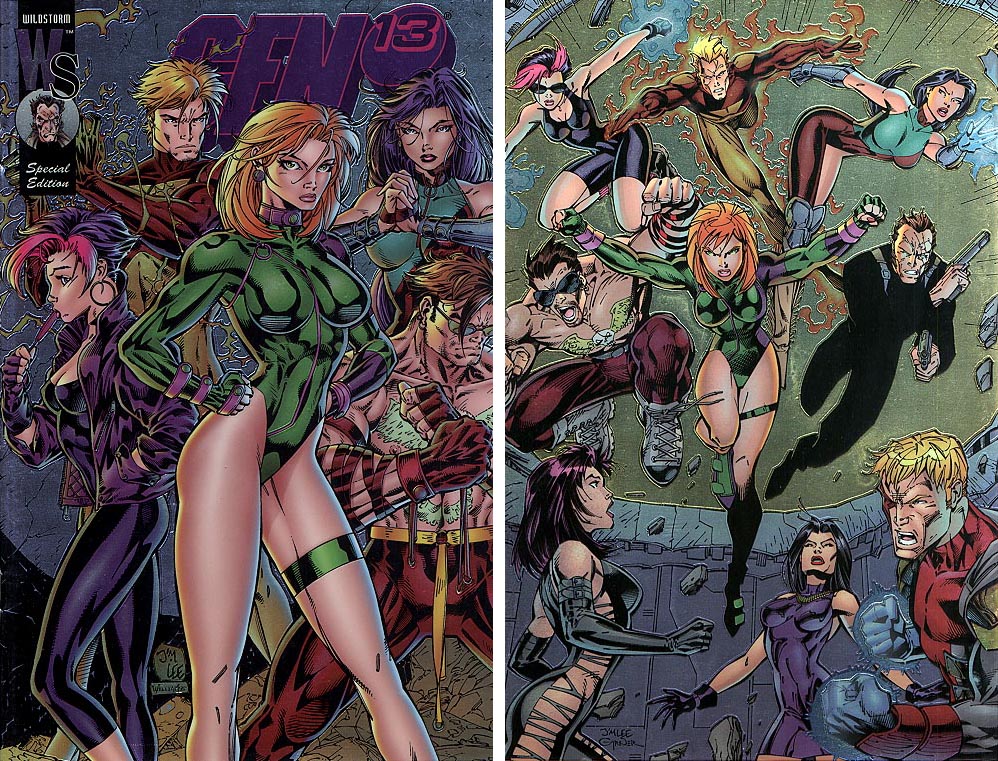 published in 1999 by Wildstorm Productions

Chrome variant edition
Only 1200 copies of this variant exist worldwide
Certain variants are officially named or are nicknamed. This is the "Strike A Pose" cover.

Front and back covers by Jim Lee! Reprints the first GEN13 comic with one of six different chrome covers.