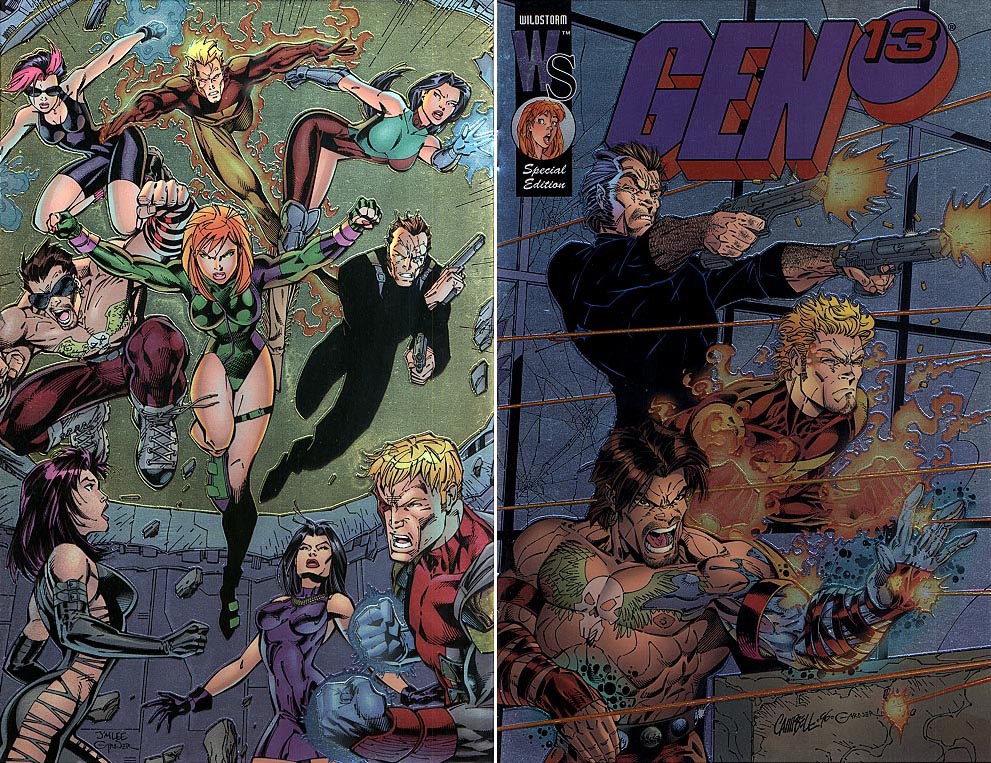 Chromium variant edition
Only 1200 copies of this variant exist worldwide
Certain variants are officially named or are nicknamed. This is the "Men Of GEN13" cover.