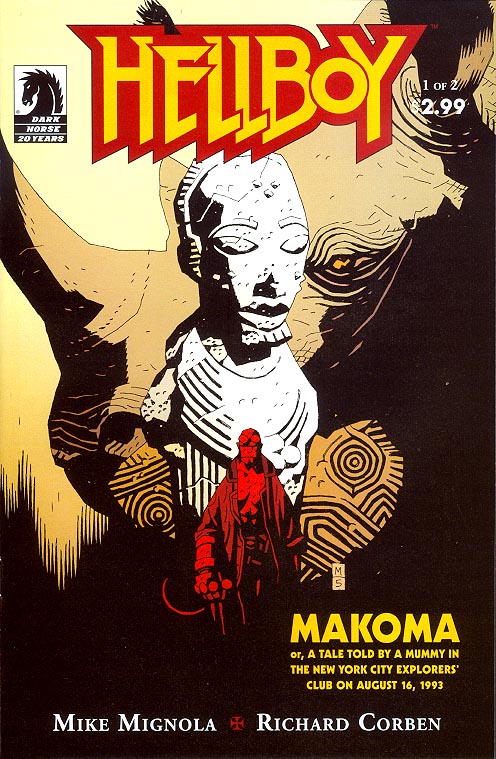 published in 2006 by Dark Horse Comics

Also titled "Hellboy: Makoma, or, a Tale Told by a Mummy in the New York City Explorers’ Club on August 16, 1993" This is issue #25 of Hellboy as an overal numbering system exists for Hellboy titles.