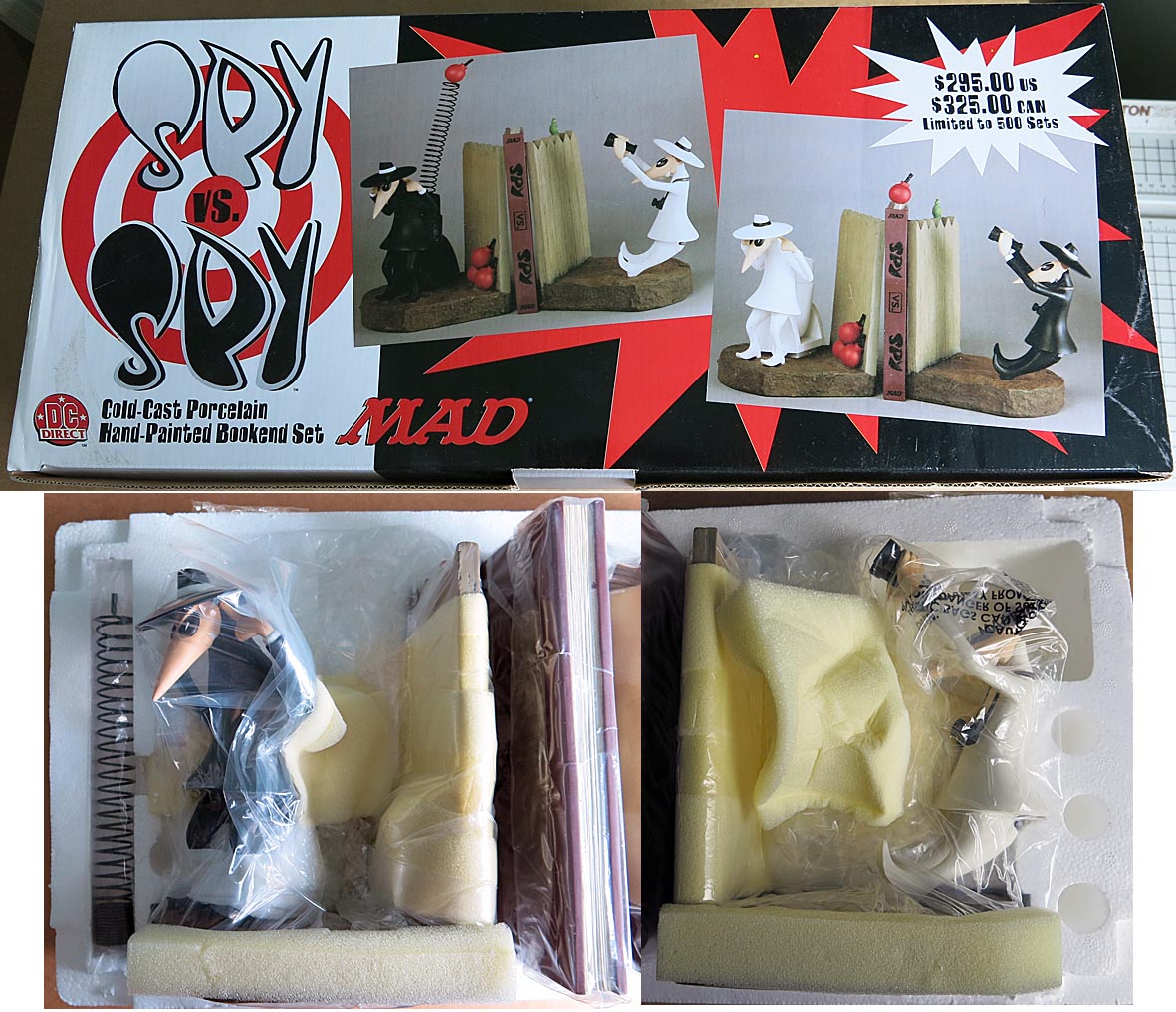 published in 1999 by DC Direct

Only 500 copies of this variant exist worldwide

Originally retailed for $295.00! From Mad Magazine, this is the set with The White Spy with binoculars and the Black Spy plugging his ears! Only 500 produced - rare! This has been opened once for inspection and to take this photo. Very Heavy!